Karim Mostafa Benzema, commonly known as Karim Benzema, plays as a striker for Real Madrid and the France national team. Born on December 19, 1987, in Lyon, France, Karim Mostafa Benzema is a French professional footballer of Algerian origin. Benzema was named as "French Player of the year" for the year 2011, 2012, and 2014, and also warded with Trophées UNFP for Best French Player playing Abroad in 2019. 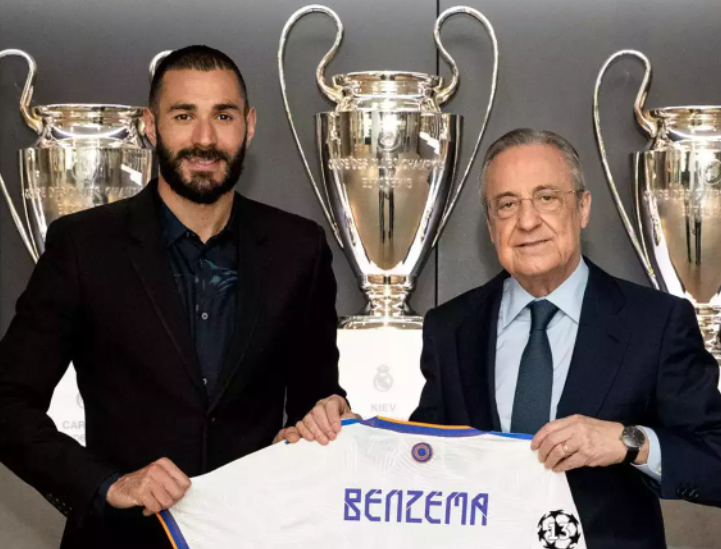 Karim Benzema joined the Lyon-based French football club ‘Olympique Lyonnais,’ better known as ‘Lyon,’ at the age of 9. He was entitled the Ligue 1 Player of the Year, and was listed in the Team of the Year by the National Union of Professional Footballers. As a lead striker during the 2007-2008 season, he scored 20 goals and topped the league, a feat that fetched him the ‘Trophée du Meilleur Buteur’ award. He netted a goal in the ‘Coupe de la Ligue,’ scored four goals in the ‘Champions League,’ and made six goals in six ‘Coupe de France’ matches, aiding ‘Lyon’ in earning the first double in the history of the club. On 9th July 2009, he signed a contract with the Spanish professional football club Real Madrid. On August 29, 2009, he made his league debut, playing against ‘Deportivo La Coruña.’ He netted his first league goal for ‘Real Madrid’ in September 2009, and the club won 5-0 over ‘Xerez.’ His first hat-trick for the club was during the 2010–2011 season, in a match against ‘Auxerre.’ He scored his second hat-trick for the club in a ‘Copa del Rey’ match against ‘Levante,’ which real Madrid’ won 8–0. Benzema won both the ‘UEFA Super Cup’ and the ‘FIFA Club World Cup’ with the club, in 2014, 2016, and 2017. As for the France national team, he was part of the ‘Under-17’ team that won the 2004 ‘UEFA European Under-17 Championship,’ defeating Spain 2–1, on May 15, 2004. 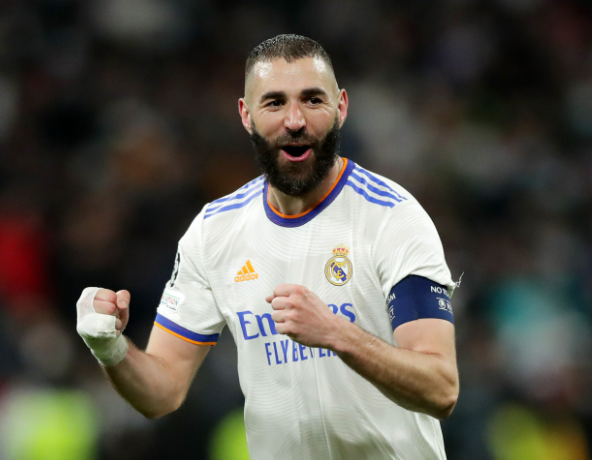 Karim Benzema had a relationship with Manon Marsault from 2010 to 2013. He has two children: Mélia(daughter ), born on February 3, 2014, and Ibrahim(son ), born on May 5, 2017. On  April 18, 2010, he was charged with the "solicitation of a minor prostitute". He was arrested for blackmailing French international footballer Mathieu Valbuena on November 4, 2015.

The France soccer jersey is a modern reinterpretation of the iconic 1998 original, which in itself was already a tribute to the 1984 Euro shirt. The two different shades of dark blue stripes on the France soccer jersey are arranged in an orderly manner. At the same time, a red strip is added to the front chest, which proudly crosses the chest to symbolize the brotherhood.

This 2020 France home jersey is mainly blue. The motto of the French Republic - Liberté, Égalité, and Fraternité is placed on the inside collar of the France jersey 2021, reflecting a sense of pride from the heart. 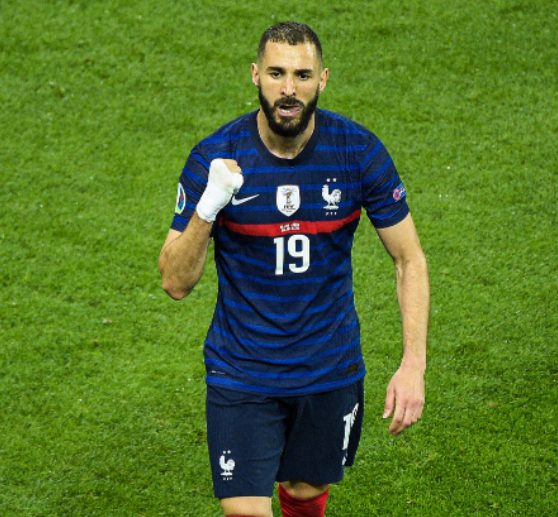 It has a round neck design, a blue-collar with orange trim, and a blue and orange retro color combination on the cuffs.

Come and support Karim Benzema. Be a real fan and get a Karim Benzema jersey to cheer on Real Madrid or France national team for the coming tournaments or the Qatar 2022 World Cup. You deserve a good quality jersey to show your pride to this football giant and enjoy a great game either with your friends or family.